All of us involved in the creation and publication of large amounts of geodata are familiar with the complexities of data management. In the case of geodata created with GRASS GIS, we asked ourselves how they could be made accessible to GeoServer without duplication. To overcome the previous limitation of GRASS GIS having its own data format, we connected the tribes and let Java and C/Python communicate with each other. So the challenge was to be able to efficiently read the GRASS GIS database directly with GeoServer. And why is that? Because this directly links the analytical capabilities of GRASS GIS with the exceptional geo service & publishing capabilities of GeoServer.

Our approach is to use the existing GDAL-GRASS bridge, and add this bridge as a new extension to GeoServer. To this we add two new GRASS GIS addons (r.geoserver.style + r.geoserver.publish) to easily publish the data from a GRASS GIS session as an OGC service. The new GeoServer GRASS raster datastore allows to use GRASS raster data directly in a GeoServer instance. In this way it is now very easy to publish GRASS data as a web service via GeoServer without having to export the data from GRASS GIS to GeoTIFF or COG files. This works for both classic raster data and also for timeseries which can e.g. be inspected as a WMS Time. 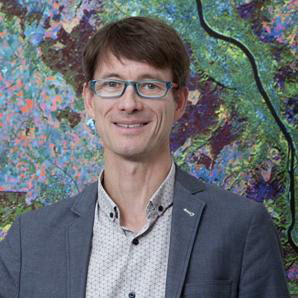 Markus Neteler, PhD, is a cofounder of mundialis after having spent 15 years as a researcher in Italy. His focus is on Earth Observation, GIS and cloud computing. Markus managed for two decades the GRASS GIS project, and he is a founding member of OSGeo and other organizations. 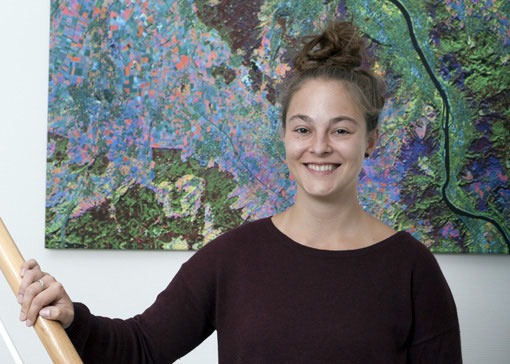 Carmen finished her studies in geography where she learned about spatial data and the matching software. She is a passionate geographer and loves traveling the world. After teaching remote sensing to other students and writing her bachelor thesis about a german spatial data exchange format, she started working for mundialis using and creating OSGeo software. One of these is actinia, to which Carmen actively contributes. She is an open source devotee and was very happy to take part in the FOSS4G 2016 organization team for Bonn. She is an OSGeo Charter Member since 2019.